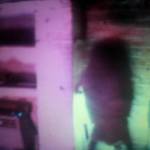 Recently Mark Vernon has had one of his many paranormal videos from his You Tube Channel featured by the press online including sites such as: The Wakefield Express, The Daily Mail  and The Mirror.

News From The Spirit World contacted the fifty year old self professed paranormal investigator and clairvoyant and asked him to tell us more about the video’s origins as well as more about Vernon himself and what he does in the paranormal universe.

What we got, besides some interesting video and photographic evidence to consider, was a compelling story about a man with a couple ghost companions and also offer from Vernon to use his gifts to help others with paranormal problems for free…

END_OF_DOCUMENT_TOKEN_TO_BE_REPLACED

Colorado Rockies starting pitcher Jon Gray is only in his second year pitching for a Major League Baseball club, but at twenty-four years old already shows promise to be a major contributor to his team.

While surely Jon Gray will still be throwing sliders and acquiring strike outs for years to come, he also has an interest in paranormal investigation, which he does in his spare time away from baseball.

Gray formed his interest from his own encounter with the paranormal, which happened when he was just ten years old.

END_OF_DOCUMENT_TOKEN_TO_BE_REPLACED

A recently published post on the internet brought to light a pair of photographs by The Haunted Hunts paranormal investigation group, which were both taken at The Pen-Y-Lan Hall in Ruabon, Wales.

The photos were taken on two separate dates by two different photographers in different parts of Pen-Y-Lan Hall and it’s grounds but they appear to show the eerie faces of a ghost boy and a ghost girl.

END_OF_DOCUMENT_TOKEN_TO_BE_REPLACED

Usually I don’t post many news items that involve individual paranormal investigators or groups unless they have captured something interesting, but in this case I wanted to point out this story as it someone within the community doing something for a charitable cause.

Thomas Warrington from Sleaford will spend 24 hours in a haunted nuclear bunker from the 1950’s to raise money for Cancer Research UK in May of this year.

The bunker, which is one hundred and twenty-five feet below ground was decommissioned in the 1990’s and now is used for historical tours. The bunker can be entered from a passageway from the cottage that sits above it in Essex.

Warrington seems to be excited about the opportunity as well, judging from his statements about the upcoming charity event:

END_OF_DOCUMENT_TOKEN_TO_BE_REPLACED

Audio of ‘Ghost Dog’ Caught on Tape at Plas Teg

The Daily Post recently published an article online which tells the tale of Paul Rowland, a paranormal investigator who seems to have been witness to many strange events going on at Plas Teg, a Jacobean house in Pontblyddyn, Wales.

In the past Rowland claims to have captured the images of two ghost children on the infamous property which has been the subject of much exposure and debate including being featured on Extreme Ghost Stories and Most Haunted, including their Halloween event in 2007.

Plas Teg even had a visit from the pop  group Girls Aloud in 2006 for the television special Ghost Hunting With…Girls Aloud.

Although Plas Teg is considered one of the most haunted locations in Wales, if not the world, recently it added another notch on it’s paranormal belt when Rowland claimed to have captured the audio of a barking ghost dog during a seance held at Plas Teg.

END_OF_DOCUMENT_TOKEN_TO_BE_REPLACED

Thirty-Four Year old Kerry Katona, who sings in the all girl pop group Atomic Kitten, has recently stated that she she thinks she is experiencing a haunting.

Believing the situation to be serious, the pop star got her house in Oxfordshire cleansed by a psychic medium.

The paranormal events taking place in the residence even mimicked the infamous Amityville Horror when Katona kept finding large amounts of flies in her home.

Thankfully, these flies did not create too much of a buzz as they were dead, but that still did not make Katona feel any safer, as she feels it is a bit more personal:

END_OF_DOCUMENT_TOKEN_TO_BE_REPLACED

I love dogs, they are amazing creatures that at certain times of my life have been among my best friends.

Dogs have also been trained to do wonderful tasks such as leading the blind, sniffing out bombs and drugs and watching out for our dwellings while we are away, protecting the property from intruders.

But what about a dog who is being trained to sniff out ghosts and other paranormal activity?

Holly Goddard believes it is possible and thinks her dog Glimmer might be the world’s first ghost seeking pooch.

END_OF_DOCUMENT_TOKEN_TO_BE_REPLACED 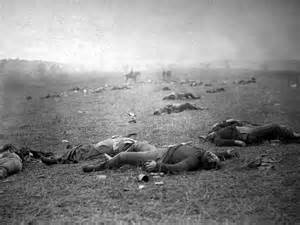 Three men were arrested on Thanksgiving night when a passing police patrol car spotted flashlights in the window of a photography studio located in reputedly haunted a civil war era building.

END_OF_DOCUMENT_TOKEN_TO_BE_REPLACED

UK University leads research into out of body experiences

The Selective Attention and Awareness Laboratory (SAAL) at the Department of Psychology of the University of Birmingham is initiating research into out of body experiences. According to the university, these phenomena affect approximately 20% of the population, are widely reported and yet have no scientific explanation. Head of the laboratory, Dr. Jason Braithwaite, has this to say about his research:

END_OF_DOCUMENT_TOKEN_TO_BE_REPLACED

The Secret Link between Magic and the Occult 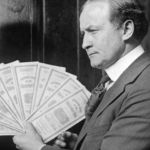 A lot of people I have met over the years that either are or claim to be paranormal investigators or have a strong interest in the field have very little knowledge and experience in an area of study, which to me should be a prerequisite to any one who wishes to study the field seriously.

END_OF_DOCUMENT_TOKEN_TO_BE_REPLACED

Don’t take Away My Rain (I May Need It)