The Daily Mirror recently published a photograph taken by one Adam Smith, who walking past the Brecon and Radnor Lunatic Asylum, which is located in Wales.

The asylum opened in 1903 and was also where German prisoners were kept after capture during World War Two. The site has been fully closed since 1999.

Smith was recently walking by the abandoned structure when he snapped a photo which to show a terrifying face in an upper window of the building.

END_OF_DOCUMENT_TOKEN_TO_BE_REPLACED 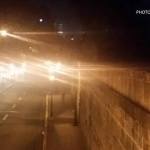 Facebook user Randy Topacio posted some interesting pictures to his account on March 10th of this year while in Intramuros, a historical district in Manila, Philippines. Besides being the former capital when the area was part of the Spanish Empire, it also is known as the walled city, due to the defense walls built in the 16th century.

Intramuros is actually Spanish for ‘within the walls.’

Topacio was standing on one of these walls when he took a series of interesting photographs he speculates could actually be images of the ghosts of a Spanish soldier and a group of nuns.

END_OF_DOCUMENT_TOKEN_TO_BE_REPLACED

Norwich Cathedral, completed in 1145 A.D. has reportedly been haunted for years and now it seems there is some photographic evidence to back up those claims.

Stories of objects moving by themselves and other paranormal activity have been observed and the cathedral is a stop on many local ghost tours.

The photo, taken by Kerry Launders, shows what looks like a figure in the traditional garb of a Bishop.

Launders insists the snap shot is genuine, not a hoax and she did not notice the spooky figure at the time the picture was taken:

END_OF_DOCUMENT_TOKEN_TO_BE_REPLACED 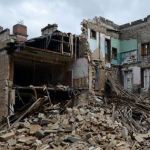 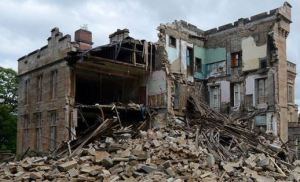 Birkwood Castle, located  in  Lanarkshire, Scotland is reputed to be one of the most haunted locations in the UK.

Built in 1860, the castle became a psychiatric hospital in 1923 and was used as such until 2002. The building also had facilities for working with mentally disabled children.

Incidents reported at the location include a doctor who died of a heart attack at the hospital being spotted in a window from outside, footsteps heard down the corridors, a boy reportedly named ‘Mike’ or ‘Micheal’ riding a bike on the property as well as being the near the stairwell where he fell to his death, smells of cigar smoke and lights being turned on and off while the hospital was still in service and the ghost of one Henrik Richardson, who was said to have been stabbed in throat and died from that injury while at the location.

The castle was going to be turned into a leisure center in 2011 but that fell through.

In 2014 Birkwood Castle was featured on the television series Haunted Planet.

Recently the castle was undergoing renovations to be turned into a hotel and some apartments…that is until the ghostly residents of Birkwood decided this was not going to happen and instead destroyed Birkwood instead.

END_OF_DOCUMENT_TOKEN_TO_BE_REPLACED 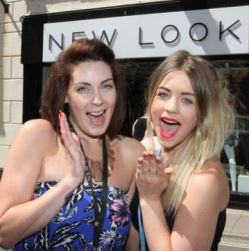 A fashion store in Sidmouth, Devon has been the site of some paranormal activity of late, and not just the odd missing sock or a blouse tagged with the wrong size.

The trendy spirit has opened bolted doors, moved objects and even breathed on the necks of store employees.

END_OF_DOCUMENT_TOKEN_TO_BE_REPLACED

North America and the UK: Nearly Half Believe in Ghosts 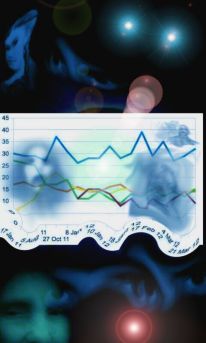 Almost half of the population of Canada, The United States and the UK believe in ghosts, according to studies done in the last decade or so.

The reasons behind this rise may not be shocking, but some the results might surprise some people, especially those skeptical of the paranormal.