The ‘Other’ Amityville Ghost Photo

If you read about or investigate the paranormal for a hobby, you probably have come across the story of the Amityville Horror, where a family in Amityville, New York spent twenty-eight horrific days in one of the most infamous haunted houses in the world.

The house, which is located at 108 Ocean Ave (formerly 112 Ocean Ave before the gawkers and tourists became too much to bear after the original film’s release in the late seventies and the street number was changed), also was where Ronald Defeo murdered six of his family members while they slept in November 1974.

Later the Warrens would come in to investigate the house in 1976, leading to one of the most chilling and controversial ‘real’ ghost photographs of all time, The Amityville Ghost Boy.

There is another photograph connected to the ever growing and confusing Amityville legend that has never really been brought to light.

It is said to have been taken in 1922 in the house that stood on the same property on which the Dutch Colonial the Defeos and Lutzes both lived in later stood.

END_OF_DOCUMENT_TOKEN_TO_BE_REPLACED

Over the years, the story of what happened to the Lutz family over twenty-eight days in 1975/1976 has taken on a life all its own.

Countless films, books, websites and television programs have been devoted to either getting to the bottom of the haunting and the infamous DeFeo murders that preceded it, or using inspiration from the case to inspire fiction.

Numerous debates and conspiracy theories have surfaced about the case on everything from how all six murder victims were found shot, most of them face down in their beds, to the credibility of the infamous Amityville ‘ghost boy’ photo.

END_OF_DOCUMENT_TOKEN_TO_BE_REPLACED

The Amityville Horror haunting is still a very popular subject both inside and outside the circle of paranormal researchers and enthusiasts.

It is the story of the Lutz family, who went through a nightmarish twenty-eight days inside the house at 108 Ocean Ave in 1975 has become known world wide. The house had previously been the residence of the DeFeo family about a year or so before the Lutz’s moved in, that is until twenty-three year old Ronald DeFeo murdered both his parents in their beds as well as his four siblings: Dawn (eighteen years old), Marc (twelve) and John Matthew (Nine).

Since the Lutz’s fled the ‘Horror House’, the story of what occurred to the family in less then a month’s time in Long Island has been turned into a book, made into a movie and spawned the name of a famous fictional horror movie franchise.

As we have noted on this blog before, the case also has many side trips and legends, some of which you have to read to believe.One of the most popular has to be the Amity ‘Ghost Boy’ photo, which has sparked debate in the Amityville and paranormal worlds for some time now.

It is also one creepy photo.

END_OF_DOCUMENT_TOKEN_TO_BE_REPLACED

Amityville Murders: The US Gov Did It!

As anyone who has ever looked into the history and circumstances of the real life Amityville Horror can attest to, the subject certainly has it’s fair share of debates and differing opinion. Whether it is a debate about how many gunman killed the DeFeo family to whether the whole Lutz story was a hoax, there are small areas of the internet where this is debated fiercely on message boards…

Of course, when you bring the internet into any paranormal debate, it also means you get your cranks and nutters, be it by design or by someone being a troll, they come in all shapes and sizes.

Off the wall theory’s are also their specialty as well, and the Amityville story pulls in some doozys, from Indian Chiefs to pictures of the devil himself to linking the whole affair to the music of Pink Floyd, there are some big fish tales out in the water behind Ocean Ave.

One of these is a gentleman who showed up at the Amityville Truth Board some time ago, with a desire to share his ‘fictional’ story about how the US Government was responsible for the murder of the DeFeo family, and involves the Italian Mob and futuristic weapons.

END_OF_DOCUMENT_TOKEN_TO_BE_REPLACED 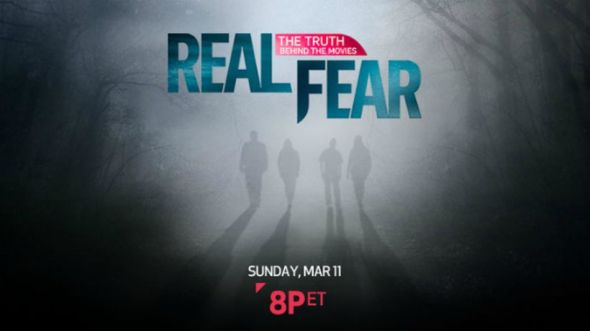 Christopher Lutz was just seven years old when he lived in the house at 112 Ocean Ave in Amityville, and now he wants to tell his side of what really happened in the house that became the basis for the film The Amityville Horror…

Lucille Herrmann was also pretty young at just 13 years of age when the ‘Popper’ poltergeist changed her family’s life forever in 1958, a story later to be made into the film Poltergeist in 1982…

END_OF_DOCUMENT_TOKEN_TO_BE_REPLACED

The Amityville Horror is a one of the most famous haunting cases ever to be recorded, mostly due to the fact that the haunting itself was the subject of a bestselling book, The Amityville Horror by Jay Anson, which was followed by the 1979 film of the same name. The house itself, as it looked at the start of all the hype, with it’s ‘eye’ windows on the third floor and it’s ominous exterior, was the perfect prop for a ghost story.